In 2011, during the final six months of Kim Jong-Il’s life. I lived undercover in North Korea. I was born and raised in South Korea, their enemy. I lived in America, their other enemy. Since 2002, I had visited North Korea a few times. And I had come to realize that to write about it with any meaning, or to understand the place beyond the regimes’ propaganda, the only option was total immersion. So I posed as a teacher and a missionary at an all-male university in Pyongyang.

The Pyongyang University of Science and Technology was founded by Evangelical Christians who cooperate with the regime to educate the sons of the North Korean elite without proselytizing which is a capital crime there.

The students were 270 young men, expected to be the future leaders of the most isolated and brutal dictatorship in existence. When I arrived, they become my students.

2011 was a special year. Marking the 100the anniversary of the birth of North Korea’s original Great Leader, Kim Il-Sung. To celebrate occasion, the regime shut down all universities, and sent students off to the fields to build the DPRK’s much-heard ideal as the world’s most powerful and prosperous nation. My students were the only ones spared from that fate.

North Korea is a gulag posing as a nation. Everything there is about the Great Leader. Every book, every newspaper article, every song, every TV program—there is just one subject. The flowers are named after him, the mountains are carved with his slogans. Every citizen wears the badge of the Great Leader at all times. Even their calendar system begins with the birth of Kim Il-Sung.

The school was a heavily guarded prison, posing as a campus. Teachers could only leave on group outings. Accompanied by an official minder. Even then, our trips were limited to sanctioned national monuments celebrating the Great Leader. The students were not allowed to leave the campus or communicate with their parents. Their days were meticulously mapped out, and any free time they had was devoted to honoring their Great Leader.

Lesson plans had to meet the approval of North Korean staff, every class was recorded and reported on, every room was bugged, and every conversation, overheard.

Every blank space was covered with the portraits of Kim Il-Sung and Kim Jong-Il, like everywhere else in North Korea.

We were never allowed to discuss the outside world. As students of science and technology, many of them were computer majors but they did not know the existence of the internet. They had never heard of Mark Zuckerberg or Steve Jobs. Facebook, Twitter—none of those things would have meant a thing. And I could not tell them. I went there looking for truth. But where do you even start when an entire nation’s ideology, my students’ day-to-day realities, and even my own position at the universities, were all built on lies?

I stared with a game. We played “Truth and Lie”. A volunteer would write a sentence on the chalkboard, and the other students had to guess whether it was a truth or a lie. Once a student wrote “I visited China last year on vacation”. And everyone shouted “Lie!”. They all know this wasn’t possible. Virtually no North Korean is allowed to leave the country. Even traveling within their own country requires a travel pass. I had hoped that this game would reveal some truth about my students because they lie so often and so easily, whether about the mythical accomplishments of their Great Leader. Or the strange claim that they cloned a rabbit as fifth graders.

The difference between truth and lies seemed at times hazy to them. It took me a while to understand the different types of lies; they lie to shield their system from the world or they were taught lied, and were just regurgitating them. Or, at moments, they lied out of habit. But if all they have ever known were lies, how could we expect them to be otherwise?

Next, I tried to teach them essay writing. But that turned out to be nearly impossible. Essay are about coming up with one’s own thesis and making an evidence-based argument to prove it. These students, however, were simply told what to think, and they obeyed. In their world, critical thinking was not allowed. I also gave them the weekly assignment of writing a personal letter to anybody. It took a long time, but eventually some of them began to write to their mothers, their friends, their girlfriends.

Although those were just homework, and would never reach their intended recipients, my students slowly began to reveal their true feelings in them.

They wrote that they were fed up with the sameness of everything. They were worried about their future. In those letters, they rarely ever mentioned their Great Leader. I was spending all of my time with these young men. We all ate meals together, played basketball together. I often called them gentlemen, which made them giggle. They blushed at the mention of girls. And I came to adore them. And watching them open up even in the tiniest of ways, was deeply moving.

But something also felt wrong. During those months of living in their world, O often wondered if the truth would. In fact. Improve their lives. I wanted so much to tell them the truth, of their country and o the outside world, where Arab youth were turning their rotten regime inside out, using the power of social media, where everyone except them was connected through the world wide web which wasn’t worldwide after all.But for them, the truth was dangerous. By encouraging them to run after it.

I was putting them at risk of persecution, of heartbreak. When you’re not allowed to express anything in the open, you become good at reading what is unspoken. In one of their personal letter to me, a student wrote that he understood why I always called them gentlemen. It was because I was wishing them to be gentle in life, he said.

On my last day in December of 2011, the day Kim Jong-Il’s death was announced, their worlds shattered. I had to leave without a proper goodbye. But I think they know how sad I was for them. Once, toward the end of my stay, a student said to me. “Professor, we never think of you as a begin different from us, but you’re the same as us.  Our circumstances are differen, but you are the same as us. e want you to know that we truly think of you as being the same.”

Today, if I could respond to my students with a letter of my own, which is of course impossible, I would tell them this:

“My dear gentlemen.
It’s been a bit over three years since I last saw you. And now, you must be 22—maybe even as old as 23. At our final class. I asked you if there was anything you wanted. The only wish you expressed. The only thing you ever asked of me in all those months we spent together, was for me to speak to you in Korean.

Just once. I was there to teach you English; you knew it wasn’t allowed. But I understood then, you wanted to share that bond of our mother tongue. I called you my gentlemen, but I don’t know if being gentle in Kim Jong-Un’s merciless North Korea is a good thing. I don’t want you to lead a revolution—let some other young persons do it. The rest of the world might casually encourage or even expect some sort of North Korean Spring, but I don’t want to do anything risky because I know in your world, someone is always watching. I don’t want to imagine what might happen to you. If my attempts to reach you have inspired something new in you, I would rather you forget me. Become soldiers of you Great Leader, and live long, safe lives.

You once asked me if I thought your city of Pyongyang was beautiful, and I could not answer truthfully then. But I know why you asked. I know that it was important for you to hear that I, your teacher, the one who has seen the world that you are forbidden from. Declare you ciry as the most beautiful.

I know hearing that would make tour lives there a bit more bearable, but no, I don’t find your capital beautiful. Not because it’s monotone and concrete, but because of what it symbolizes: a monster that feeds off the rest of the country, where citizens are soldiers and slaves. All I see there is darkness. But it’s your home, so I cannot hate it. AND I hope instead that you, my lovely young gentlemen, will one day help make it beautiful. “ 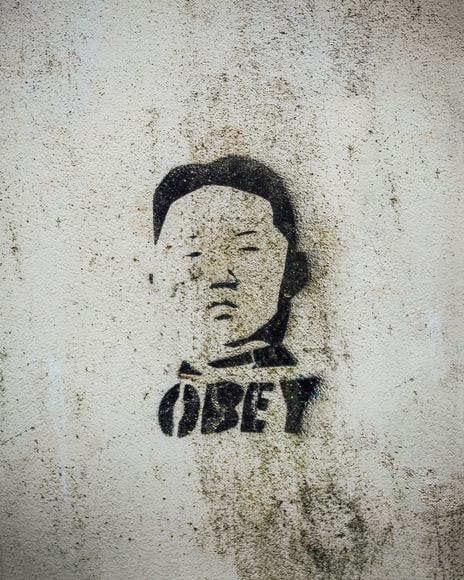